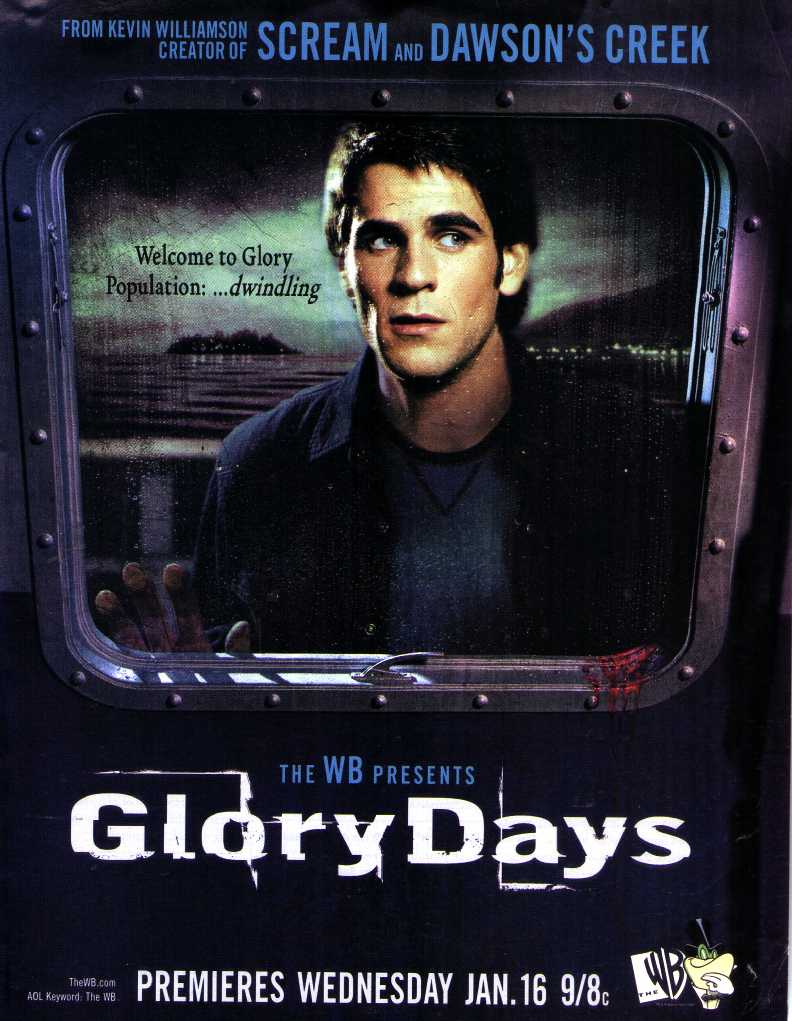 After his father's mysterious death, a young novelist confronting writer's block, steals back to his rural roots, in search of inspiration - and answers. On his ferry trip to Glory, a person goes overboard and dies. It seems an accident, but the novelist thinks otherwise. His best-selling first novel revealed the seamy underbelly of his hometown - so the home folks are furious at the prodigal's return. He tries to get help from the strong-willed, beautiful, local coroner (Poppy Montgomery). Glory Days' novelist hero Mike Cahill return to "Glory" has similarities to acclaimed novelist Dave Grubb's life. "Glory" was also the name Grubb used for a fictionalized Moundsville, West Virginia in his writing. Davis Grubb was a descendant of an old prominent family in Moundsville. Like Cahill, he mined the river-town's history for his works, including his award-winning first novel _Night of the Hunter, The (1955)_, about a serial killer stalking prey along the Ohio River. The classic movie version was shot in Moundsville, whose "haunted prison" has been explored in 3 recent national TV series. Like Cahill, Grubb's displaying Glory's warts (including corruption and racism) made him a pariah to some in his hometown. Written by David Stevens