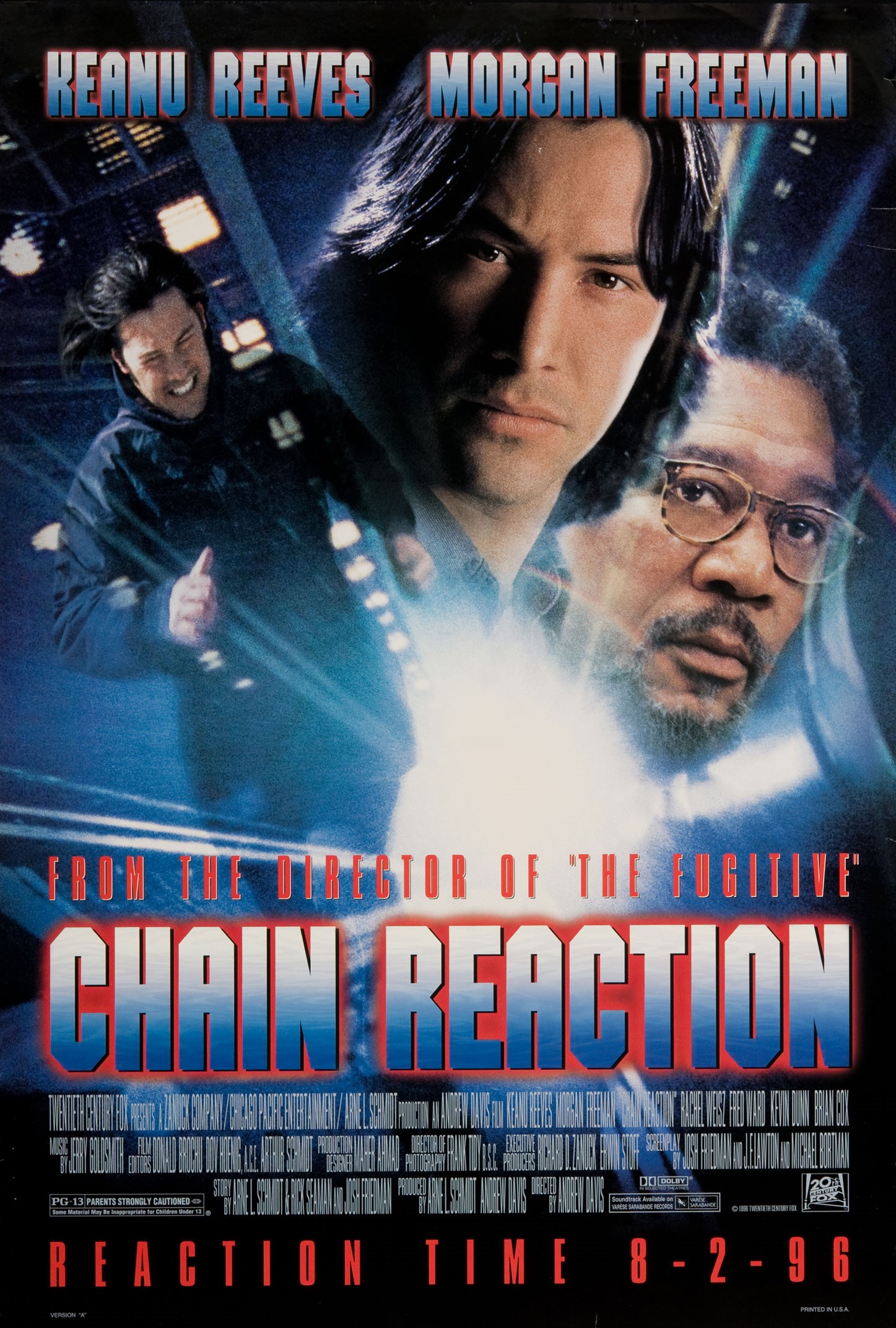 Eddie Kasalivich, an undergraduate at the University of Chicago, works as a technician for a scientific team that discovers an alternative, low-cost, pollution-free fuel source. Eddie and Lilly were involved in the research that was done at this first lab. The first lab was sabotaged and it exploded. One of the chief scientists is murdered during the attack and the sabotage of the lab, Eddie and physicist Lily Sinclair are framed for it and have to flee for their lives, with the FBI, CIA and other involved parties in close pursuit. Paul Shannon, Eddies mentor, is the director of a secret CIA contractor which - unknown to Eddie - has commercial interests in the lab equipment. Eddie and Lily flee police, FBI and CIA secret contractors but Lily winds getting captured and is driven to the underground experimental lab. Eddie follows Lily to this not yet fully working lab and quickly gets it working since it needed two different frequencies for the energy to get produced and Eddie has kept that in his head. As soon as Eddie arrives at a different location but with the same lab that can geneater hydrogen energy with a safer layout than the first location, Eddie dials in those two frequencies and the clean burning fire that lights up the hydrogen coming away from the water in the tank begin's burning. There is one problem, Eddie has to find a way to share the years of research leading up to the successful discovery with thousands of scientists and get out of the underground laboratory alive. Executives of the company that is secretly working for the CIA are interested in getting those frequencies so they can eliminate Eddie and Lily because they knew too much.Eddie designed everything to happen in such a way that if the secret cia contractor would let Eddie and Lily exit freely with no executions that he would hand over the two frequencies. But if the contractor would not, the lab equipment be shut off, and the lab computers would be shut off. Things quickly escalate but Eddie and Lilly are able to stay alive through the end of the movie, but there are surprises involving several who die at the climax, and what their dying words are. Written by The Ramp Runner