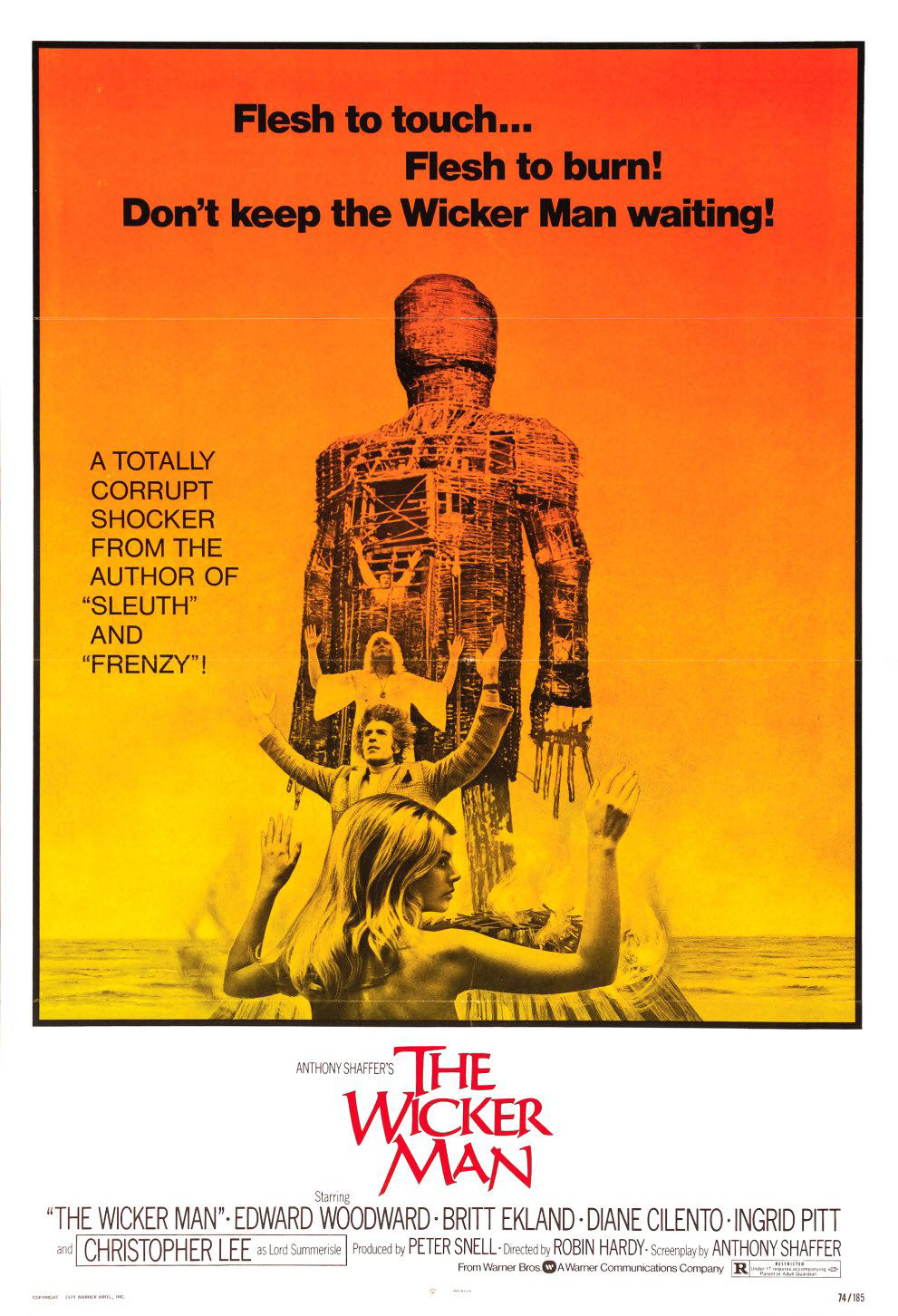 On Sunday, April 29, 1973, Sergeant Neil Howie with the West Highland Constabulary flies solo to Summerisle off the coast of Scotland. He is there to follow up on a letter addressed specifically to him from an anonymous source on Summerisle reporting that a twelve year old girl who lives on the island, Rowan Morrison, the daughter of May Morrison, has long been missing. The correspondence includes a photograph of Rowan. Upon his arrival on Summerisle, Howie finds that the locals are a seemingly simple minded lot who provide little information beyond the fact that they know of no Rowan Morrison and do not know the girl in the photo. Mrs. Morrison admits to having a daughter, seven year old Myrtle, but no Rowan. As Howie speaks to more and more people, he begins to believe that Rowan does or did live on the island, but that the locals are hiding their knowledge of her. He also begins to see that the locals all have pagan beliefs, their "religion" which centers on procreation as the source of life. That procreation does not necessarily need to be within marriage, and openly flaunts the act of sex, both in private and in public. These beliefs do not sit well against Howie's strict Christian morals, he who regularly attends church, prays, and accepts communion. Everything that happens on the island seems to be dictated by Lord Summerisle, whose ancestors bought the island generations ago. Howie begins to believe that Rowan was murdered, she a sacrifice by the islanders to their higher power to ensure a bountiful apple crop - the main crop of the island - which did not materialize last season. With May Day approaching, Howie not only tries to find out if Rowan was indeed murdered/sacrificed, which includes trying to locate her body, but if there will be another sacrifice on this important day within the cycle of life. Written by Huggo