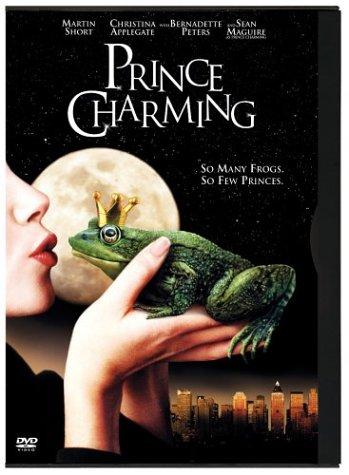 In the fifteenth century, the Kingdom of Anwyn has been in a war against the Lothian Kingdom for three hundred years. Now the womanizing Prince John of Anwyn (Sean Maguire) will marry Lothian Princess Gwendolyn (Christina Applegate) to bring peace to the kingdoms. He rides with his clumsy wizard squire Rodney of Tudor (Martin Short) and his father King Leo (Colin Fox) to the Lothian Castle for the wedding. However, on the day of the wedding, Prince John is caught shagging a peasant woman, and Lothian King Pius (David Fox) and Queen Isabel (Marcia Bennett) curse Prince John and Rodney, and they are doomed to "frogging" by the wizard Wacktazar (Julian Richings) for all eternity. The spell will only be broken if a maiden kisses John and marries him. Five hundred years later, John and Rodney are still frogs. One day, a boy catches and brings them to New York City and they escape to Central Park. When Margo (Bernadette Peters) kisses John in the park, Rodney and he become men again. John seeks out Margo to marry her and end the curse, and they meet the gorgeous Kate (Christina Applegate), who helps them. John knows that he must marry Margo, but he falls in love with Kate. Written by Claudio Carvalho, Rio de Janeiro, Brazil