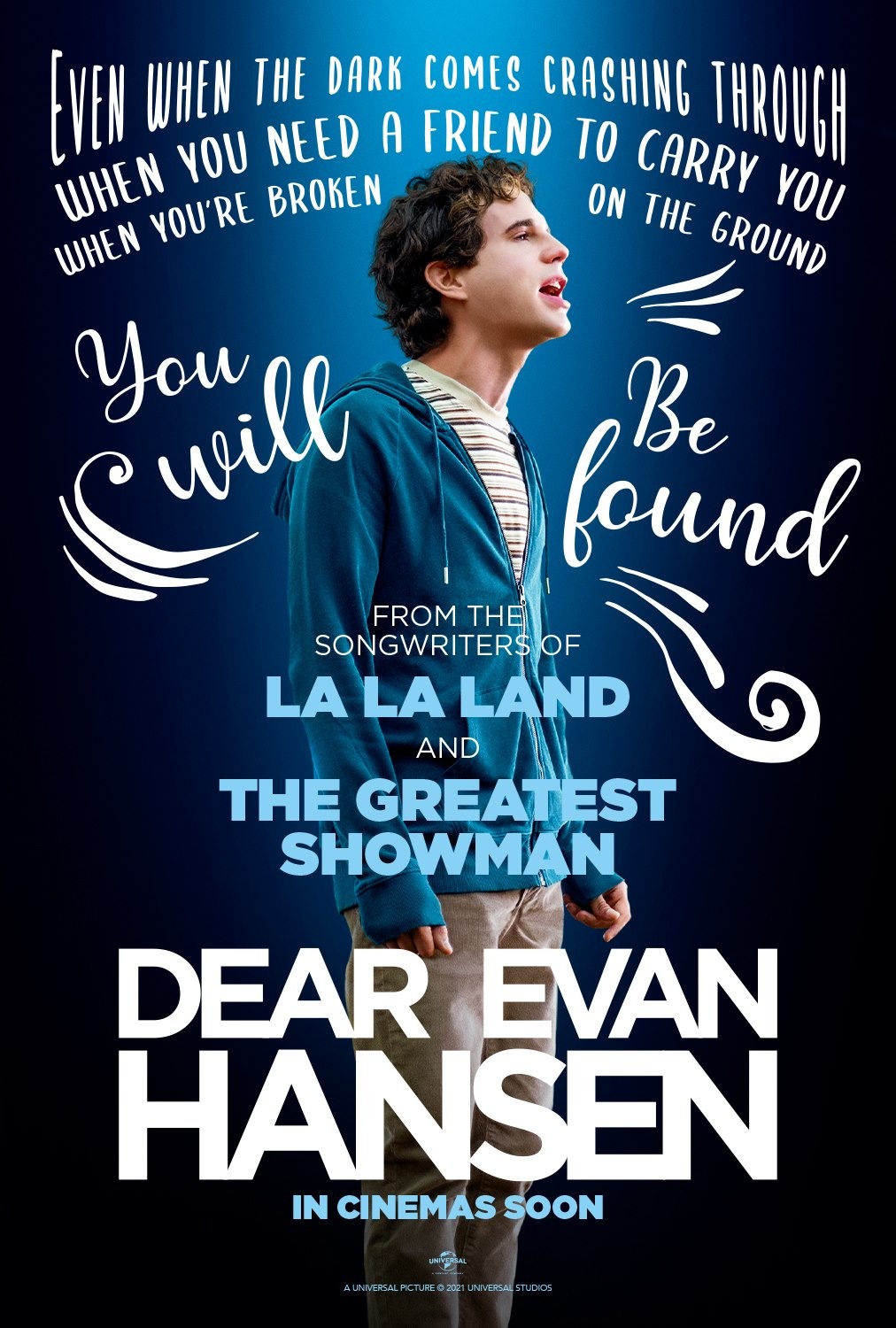 Film adaptation of the Tony and Grammy Award-winning musical by Steven Levenson, Benj Pasek, and Justin Paul about Evan Hansen, a high-school senior with a severe social-anxiety disorder, whose letter to himself that was not meant to be seen by others, lands wrongly into the hands of a classmate who commits suicide. This incident sends Evan on a journey of self-discovery and gives him the chance to finally be accepted by his peers and live the life he never dreamed he could have. Written by Max Hechtman