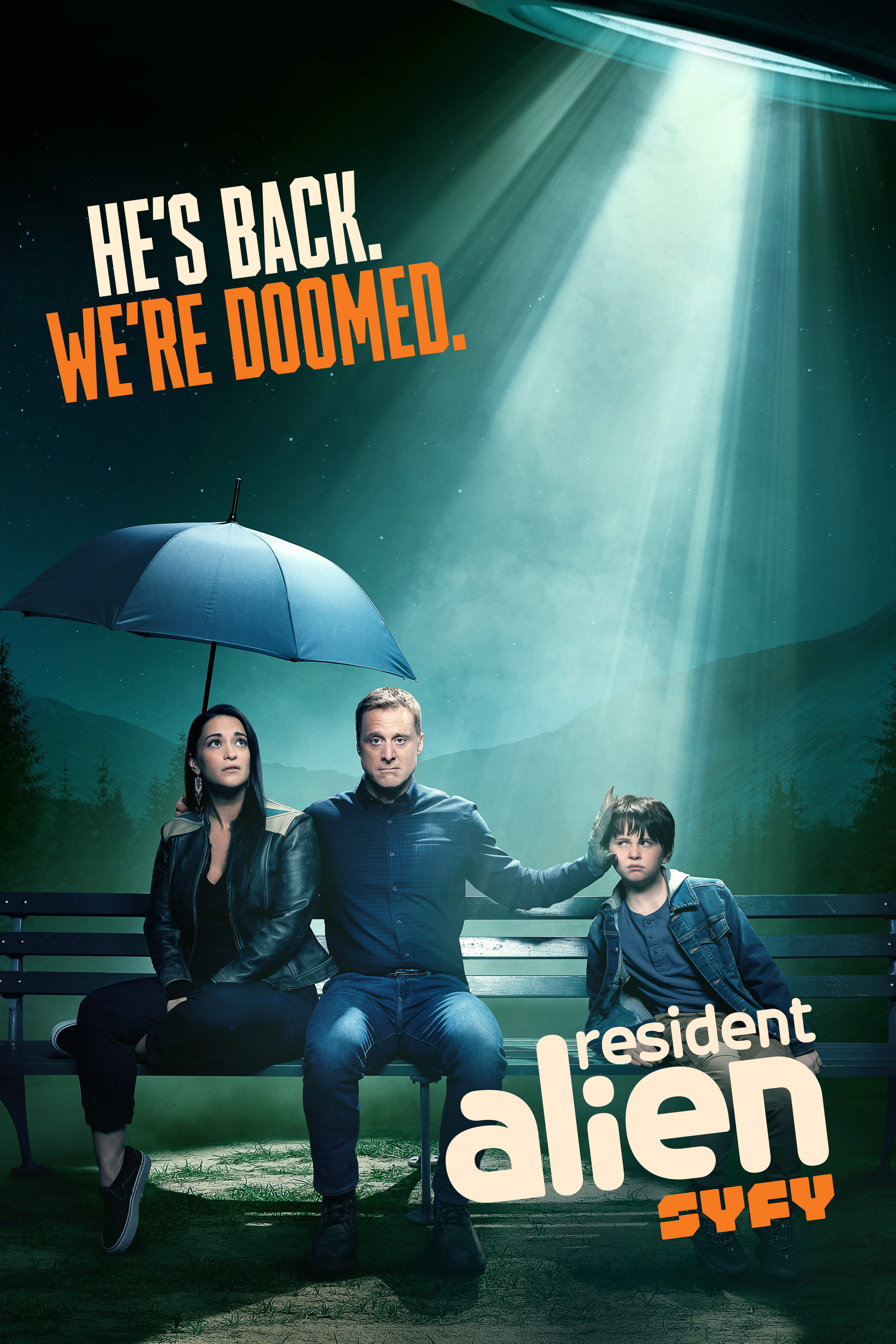 An alien, who has crash landed on earth on a mission to destroy humanity, assumes the identity of Dr. Harry Vanderspeigel, so he can remain undetected by the residents of Patience, CO while he searches the snow-covered Colorado Mountains for pieces of his ship. He learns "to be human" by watching Law and Order and mimicking the late, great Jerry Orbach. One day the sheriff of Patience, Mike "Big Black" Thompson and his deputy, Liv Baker, show up at his isolated cabin. There has been a murder in town and they need a doctor. The murder victim is the town doctor. Soon, he finds himself as the new town doctor and in constant contact with the people of the town. Something, until now, he has vehemently avoided. Now, as he is spending more time with humans, he is learning more about them and what makes them human. Which gives him pause, but is still determined to complete his mission to destroy the people of earth. He also discovers there is one person in town who can see him in his true form; which, of course, is less than ideal. Written by dragongyrrl