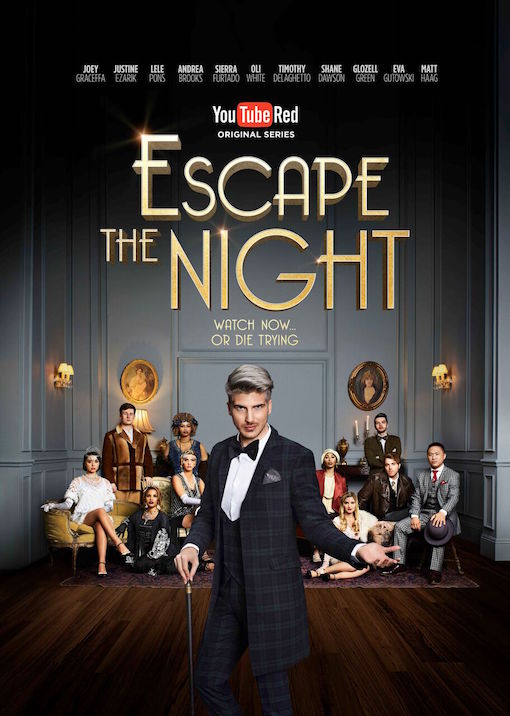 In this Fantasy-Competition hybrid series, Internet Personality Joey Graceffa Finds himself dragged between era though era by various evil's, trapping him in their dens, various estates that are locked in time and hide various secrets, puzzles and wicked monsters. Forced against his will to invite a number of other famous internet personalities for a gathering "which requires they must don personalities and era specific clothing to enter", he finds himself on a deadly adventure with his new captives to gather a series of items designed to vanquish the evil of the estate. With a time limit of only one night before the evil slaughter's them all, they must uncover the secrets and histories of each item per episode, witch is guarded by a particular creature or group of characters they encounter. The final task of each item will usually involve sending 2 into facing the monster in a head to head elimination task, of which only will will return with said item with question, while the other will perish at the hands of the one guarding it. Written by Mathew Palmieri