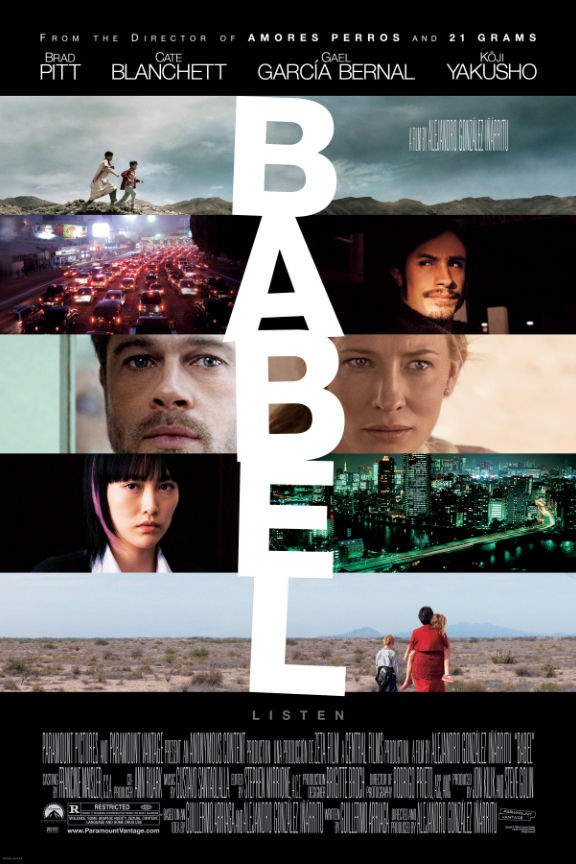 4 interlocking stories connected by a single gun converge at the end to reveal a complex and tragic story of the lives of humanity around the world and how we truly aren't all that different. In Morocco, a troubled married couple are on vacation trying to work out their differences. Meanwhile, a Moroccan herder buys a rifle for his sons so they can keep the jackals away from his herd. A girl in Japan dealing with rejection, the death of her mother, the emotional distance of her father, her own self-consciousness, and a disability among many other issues, deals with modern life in the enormous metropolis of Tokyo, Japan. Then, on the opposite side of the world the married couple's Mexican nanny takes the couple's 2 children with her to her son's wedding in Mexico, only to come into trouble on the return trip. Combined, it provides a powerful story and an equally powerful looking glass into the lives of seemingly random people around the world and it shows just how connected we really are. Written by Mac