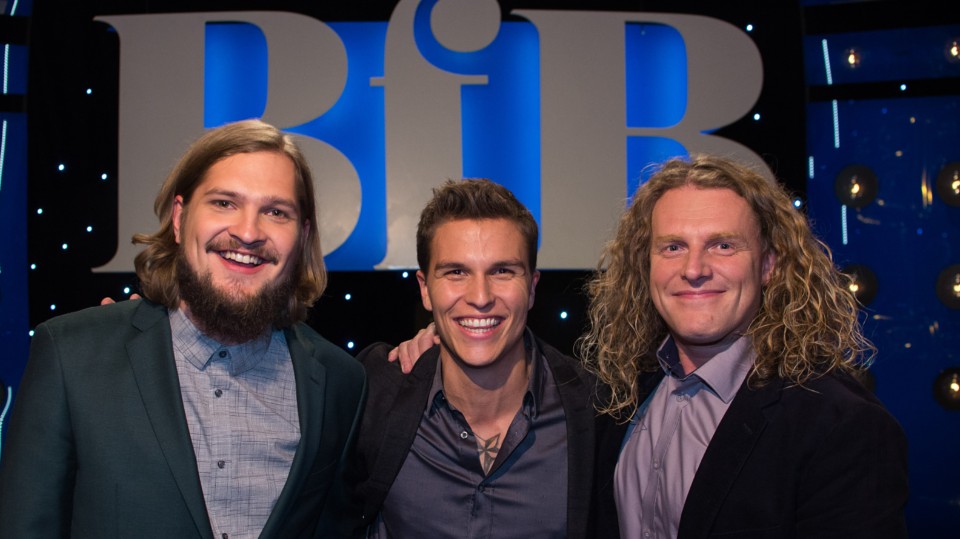 Beat for Beat is a Norwegian musical "game show". 4 guest singers in groups of two, usually Norwegian, but sometimes well known Swedish or Danish singers also, join the two regular pianists and the very quirky host Ivar. There are several rounds involved, the first starting with phrases from songs hidden behind numbers. The guests pick a number, and then a word behind the number is displayed. The guest then has to sing a song (any song he/she wants) with that word in it. As more numbers are displayed, the phrase hidden behind the numbers eventually becomes obvious, and the point is won when they sing the song with that phrase. Other rounds involve guessing songs the band plays, then there's a freestyle round at the end where the artists run up to the stage as soon as they recognize a song. Rules are never enforced strictly in the show, so the singer guests frequently "steal" others' songs and points, all in good fun. Very entertaining, and the musical knowledge of everyone is impressive as they have to play songs out of the blue quite a bit. Written by jim