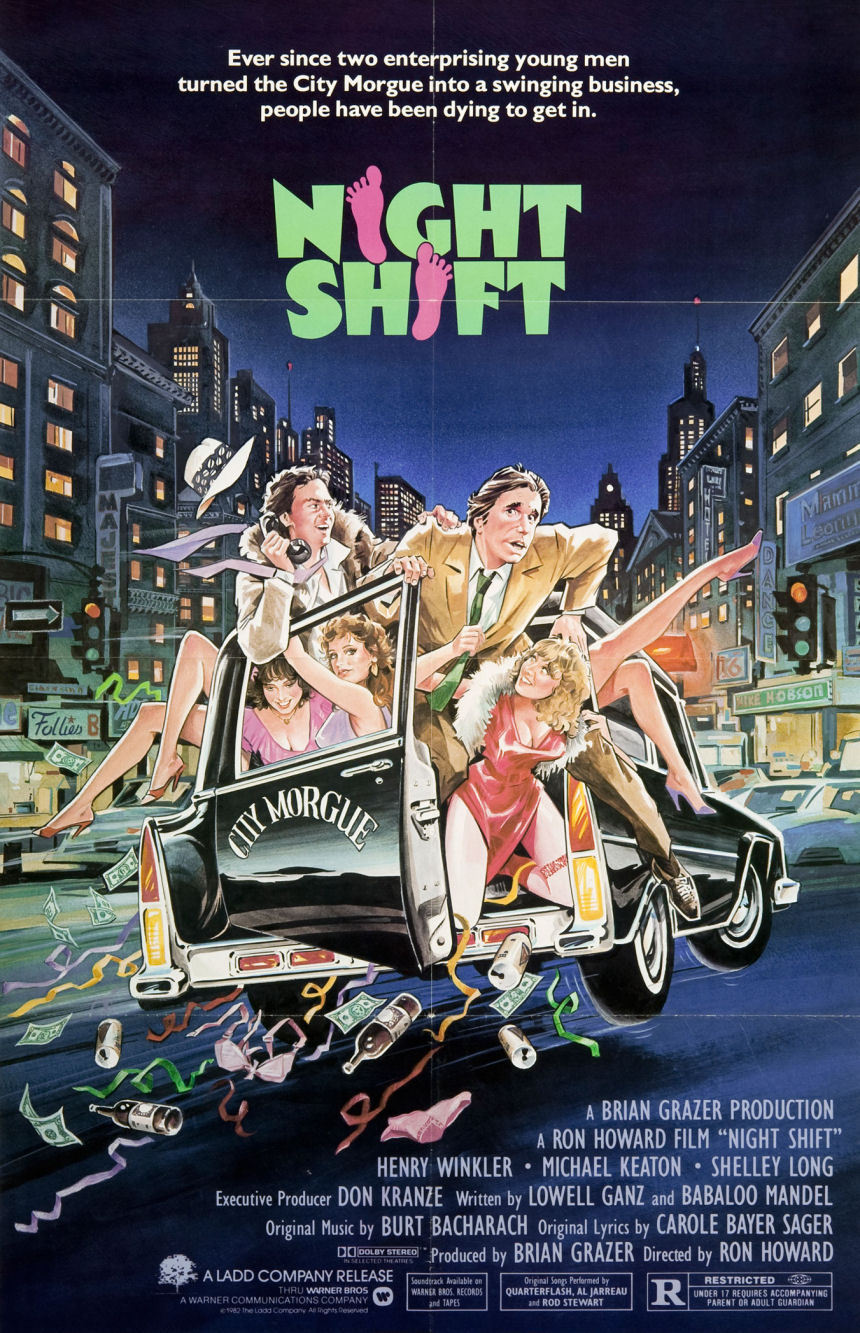 A nebbish of a morgue attendant gets shunted back to the night shift where he is shackled with an obnoxious neophyte partner who dreams of the "one great idea" for success. His life takes a bizarre turn when a prostitute neighbour complains about the loss of her pimp. His partner, upon hearing the situation, suggests that they fill that opening themselves using the morgue at night as their brothel. Against his better judgement, he gets talked into the idea, only to find that it's more than his boss that has objections to this bit of entrepreneurship. Written by Kenneth Chisholm