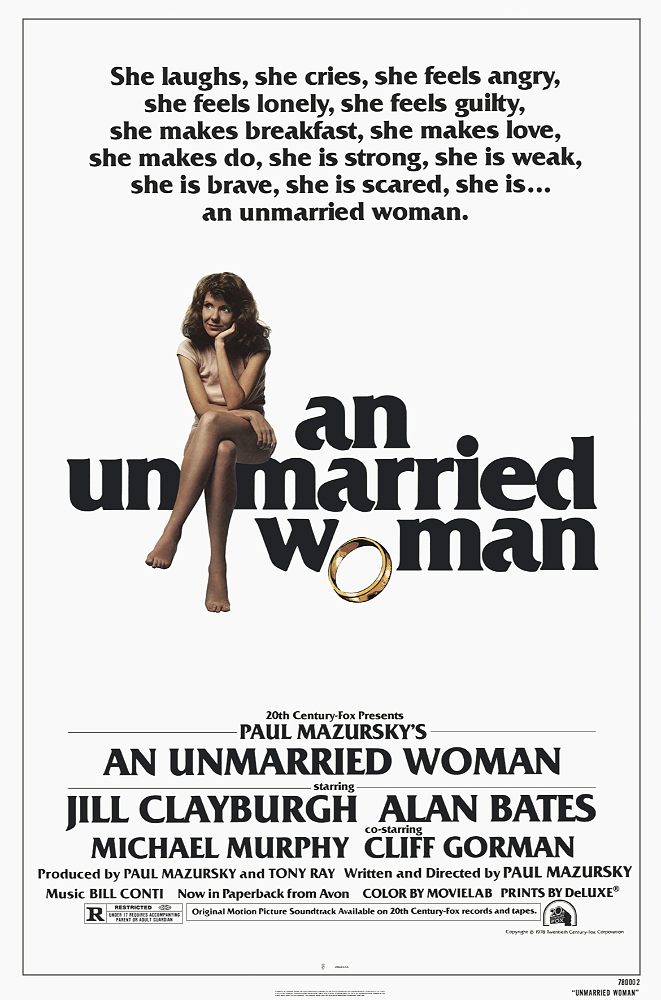 Erica is unmarried only temporarily, in that her successful, wealthy husband of 16 years has just left her for a girl he met while buying a shirt in Bloomingdale's. This movie shows Erica coming to terms with the break-up while revising her opinions of herself, redefining that self in its own right rather than as an extension of somebody else's personality, and finally going out with another man. Erica refuses to drop everything for Saul, an abstract expressionist painter, simply out of love for him, because he expects this of her. It is not so much loneliness that is her problem, and the problems that men, flitting around this newly "available" woman like moths round a flame, bring to her sense of independence. Written by alfiehitchie