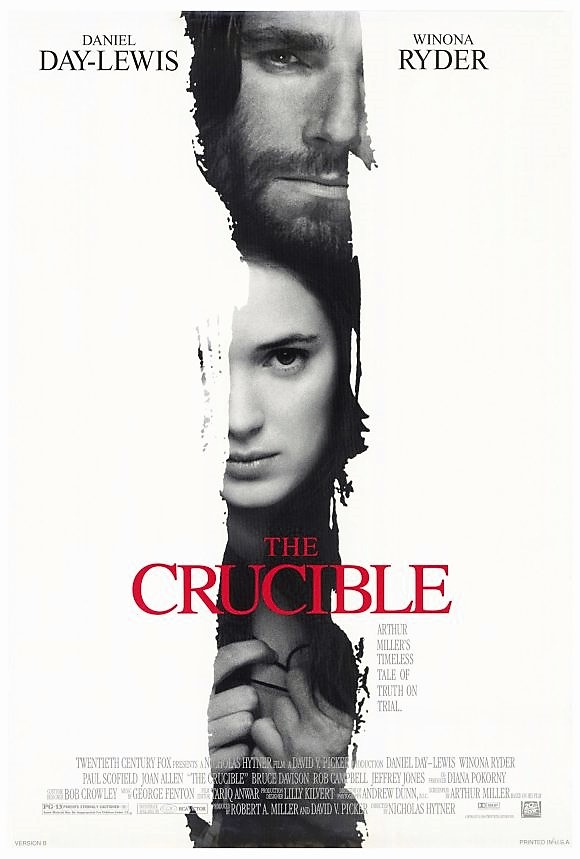 A small group of teen girls in 1692 Salem, Massachusetts caught in an innocent conjuring of love potions to catch young men are forced to tell lies that Satan had invaded them and forced them to participate in the rites and are then forced to name those involved. Thrown into the mix are greedy preachers and other major landowners trying to steal others' land and one young woman infatuated with a married man and determined to get rid of his innocent wife. Arthur Miller wrote the events and the subsequent trials where those who demanded their innocence were executed, those who would not name names were incarcerated and tortured, and those who admitted their guilt were immediately freed as a parable of the Congressional Communist witch hunts led by Senator Joe McCarthy in 1950's America. Written by John Sacksteder