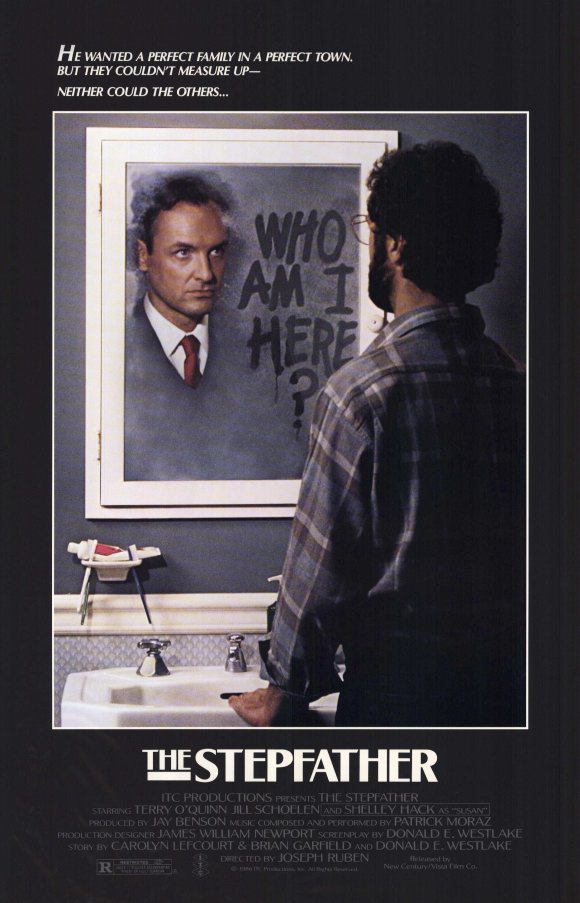 A family-values man named Jerry Blake (Terry O'Quinn) marries widows and divorcées with children in search of the perfect family. As soon as his new family members show signs of being human and not robots who will march unquestioningly to his tune, his dreams of domestic bliss begin to crumble, and he kills them. Then he alters his appearance, assumes a new identity, and skips to another town to begin the deadly ritual all over again. He marries Susan Maine (Shelley Hack), who sees him as the ideal surrogate father for her teenage daughter Stephanie (Jill Schoelen), and he is soon up to his old tricks when she proves to be too much of a troublesome teen to handle. Written by alfiehitchie