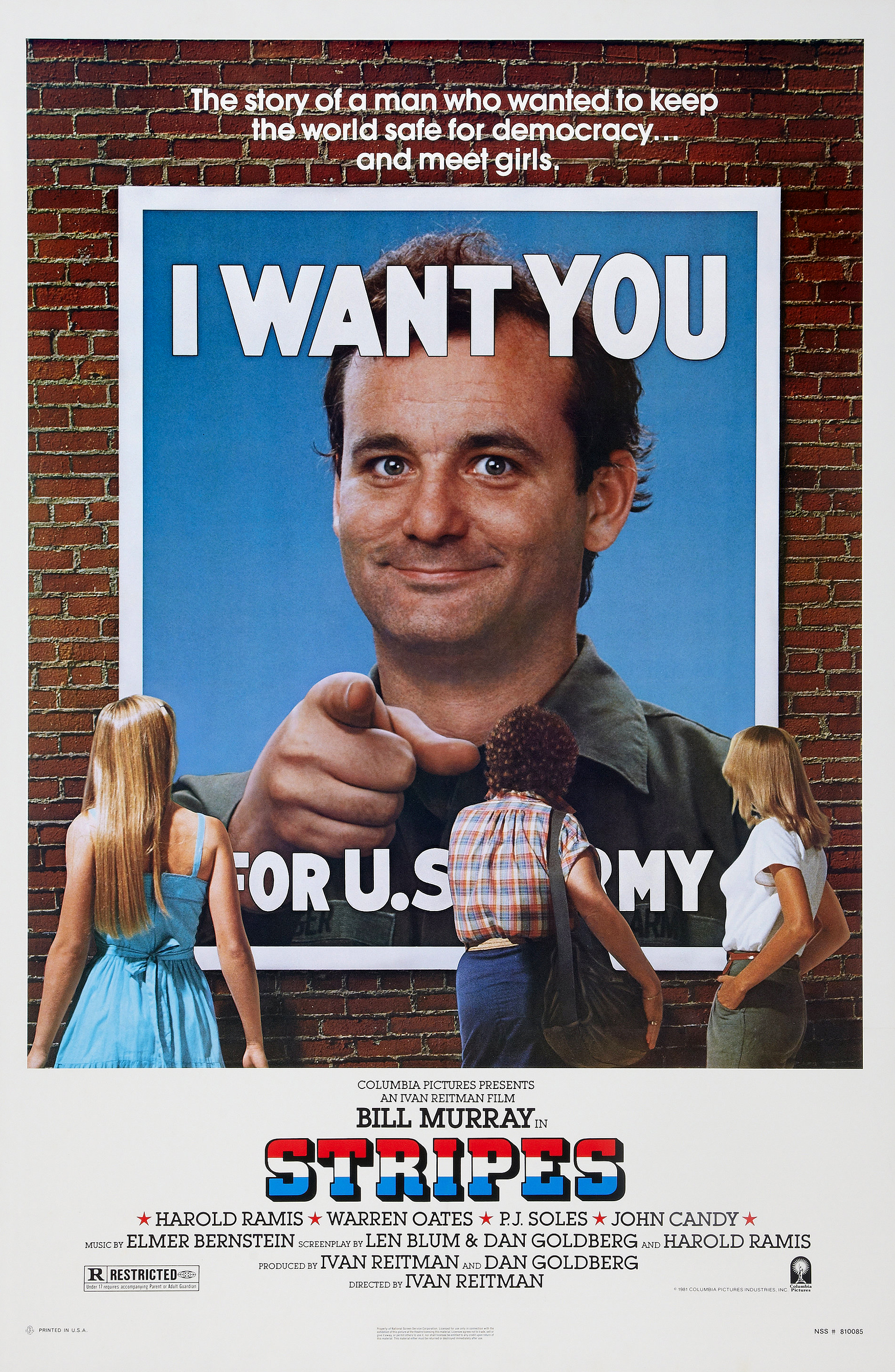 At the end of a very bad day when he realizes his life has gone and is going nowhere, John Winger is able to convince his best friend, Russell Ziskey, whose life is not much better, to enlist in the army, despite they not being obvious soldier material. In basic training, they are only two of a bunch of misfits that comprise their platoon. However, it is still John that is constantly butting heads with their drill sergeant, Sergeant Hulka. Two of their saving graces are Stella and Louise, two MPs who get them out of one scrape after another. Their entire platoon is in jeopardy of not graduating. But what happens during basic leads to their entire platoon being assigned to an overseas mission in Italy, to test a new urban assault vehicle, the EM-50 project. John and Russell decide to take the EM-50 for an unauthorized test drive to visit Stella and Louise who have been reassigned to West Germany. In the process, the rest of the platoon, Hulka, and Hulka's immediate superior, self-absorbed Captain Stillman, get caught unofficially behind enemy Communist lines in Czechoslovakia. John and Russell, with Stella and Louise's help, will have to show their true mettle as US army soldiers and in the process test the capabilities of the EM-50 to rescue their platoon without the rest of the US army knowing what's going on, and thus without any assistance beyond themselves. Written by Huggo