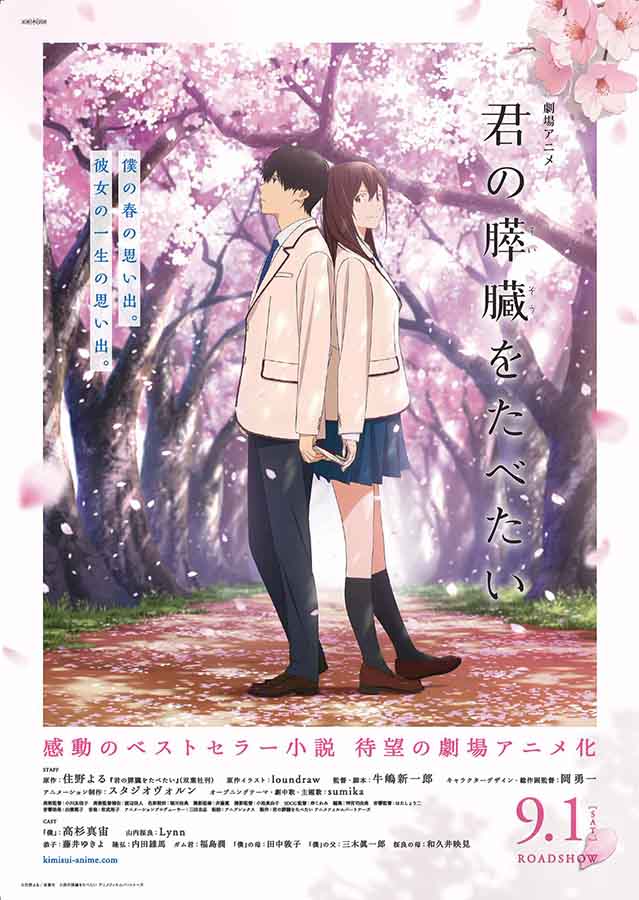 One day, "Me" - a highschooler - found a paperback in the hospital. The "Disease Coexistence Journal" was its title. It was a diary that "Me"'s classmate, Sakura Yamauchi, had written in secret. Inside, it was written that due to her pancreatic disease, her days were numbered. And thus, "Me" coincidentally went from Just-a-Classmate to a Secret-Knowing-Classmate. It was as if he were being drawn to her, who was his polar opposite. However, the world presented the girl that was already suffering from an illness with an equally cruel reality. Written by https://myanimelist.net/anime/36098/Kimi_no_Suizou_wo_Tabetai